Greetings! A couple of weeks ago, I've shared some inky feelings on the Yellow Envelope by Kim Dinan. This was one of those I-wish-I-had-genie books. "I wish, I wish I could travel to far-off places, to the great, big out-there". Imagine if you also have a yellow envelope in your pocket with just 3 rules:

Rule #1: Don’t over think it
Rule # 2: Share your experiences
Rule # 3: Don’t feel pressured to give it all away
Now wouldn't that make for a great travel memoir? Throw in some great writing, a few humorous situations and some food-for-thought (quotes from the Yellow Envelope) and it's a done deal.  Needless to say, when Sourcebooks gave me the opportunity to do a Q&A with Kim Dinan, I immediately had a few things I wanted to ask Kim. But I had to think about it. What do I really want to know? Not that much interested in the weather or the food, but the experiences she will carry with her forever and a day:

Email ThisBlogThis!Share to TwitterShare to FacebookShare to Pinterest
Labels: Q&A

Greetings! It is a beautiful day in my hometown. The sun is shining and it's just a bright bright sunshiny day! So let's talk books for the weekend. 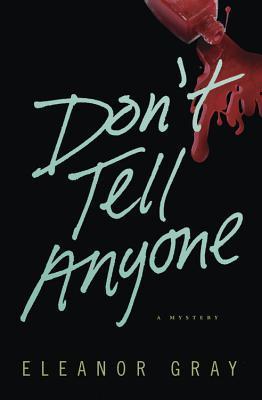 Greetings! It's Easter Sunday and time for another edition of The Sunday Headlines where we bring you an update of the past week and give you a forecast of the upcoming week. As always, this post links up with The Sunday Post hosted by Caffeinated Book Reviewer and It's Monday! What are you reading? hosted by Book Date. Remember to give these lovely ladies a visit and add your linky!

It's been dreadfully cold and raining (hallelujah!) over the weekend, so yes - I would much rather spend my afternoon curled up with a book. But I've already skipped Friday Meets and my strict Dutch Reformed background will not permit my conscience to skip another weekly feature. So let's see how short and sweet this can be!

Greetings! Welcome to another edition of Book Travelling Thursdays, hosted by the  Goodreads group. Should you wish to participate, just follow the instructions at the end of this post.

Earlier this week, I told you about the newest edition to my household. My very own Smelly Cat! Cover Characteristics - Perfume. Seeing that today's theme for Book Travelling Thursdays is your favorite pet, I've decided to honor my little kitten by featuring Jennie by Paul Gallico.

Jane Steele - Reader, I didn't care for it much

Jane Steele by Lyndsay Faye
My rating: 2 of 5 stars

This book is a very good example of a bad habit. The habit of assumption. One assumes that a book is going to be great for oh so many reasons:

"A Gothic retelling of Jane Eyre.

Like the heroine of the novel she adores, Jane Steele suffers cruelly at the hands of her aunt and schoolmaster. And like Jane Eyre, they call her wicked - but in her case, she fears the accusation is true. When she flees, she leaves behind the corpses of her tormentors.

A fugitive navigating London's underbelly, Jane rights wrongs on behalf of the have-nots whilst avoiding the noose. Until an advertisement catches her eye. Her aunt has died and the new master at Highgate House, Mr Thornfield, seeks a governess. Anxious to know if she is Highgate's true heir, Jane takes the position and is soon caught up in the household's strange spell. When she falls in love with the mysterious Charles Thornfield, she faces a terrible dilemma: can she possess him - body, soul and secrets - and what if he discovers her murderous past?"

- I actually get excited just by reading the blurb again.

WHICH IT'S NOT!!!! (No Jane Eyre really is one of the greatest classics, but Jane Steele is not a re-telling of that classic)

Welcome to another edition of Top Ten Tuesday! Today's topic is Top Ten most unique books we've read. Browsing through my reading lists, I've realized that apparently  I have quite a fondness for unique books. (Most probably because I am such a unique creature myself) And then it hit me! Instead of making a list of the most unique books I've read, what about a list of the most unique characters I've encountered in literature? You know, those characters without an equal, the one of a kind. Those characters who just can't be copied. Yes, there are 100's of them floating out there, but these were my Top Ten Favorites:
Read more »
at April 11, 2017 17 comments: Cover Characteristics is a weekly meme hosted by Sugar and Snark. Every week they give us these gorgeous themes and then you have to pick 5 covers featuring that theme. If you want to participate:

Greetings! We've picked up a tiny, tiny, tiny little kitten in the neighbor's garden a couple of weeks ago. I took him to the vet this morning and she doesn't think he is much older than 6 weeks (I know - aaaaaaaaaaahhhhhhh). My husband calls him "Stinkie". That roughly translates to Smelly Cat. Yea! I've got my own Smelly Cat. So today's Cover Characteristics will be dedicated to my brand new Smelly Cat. We'll get you some Perfume my boy. 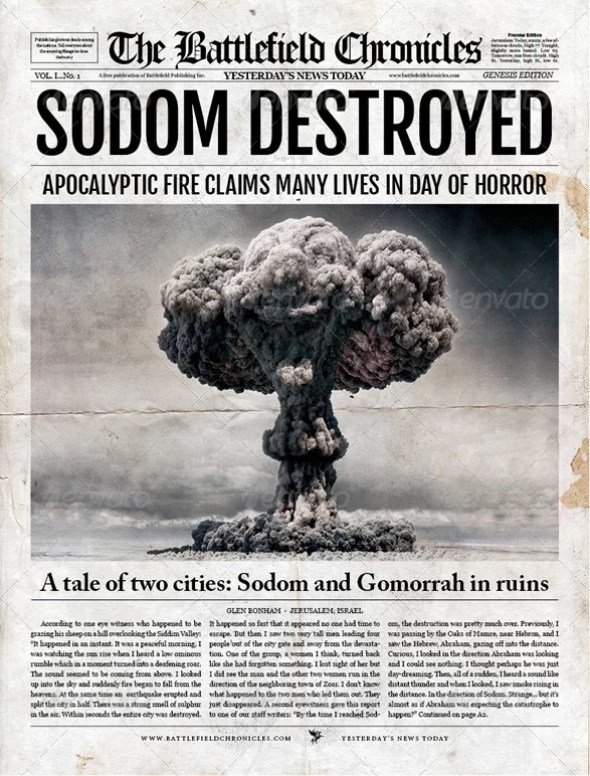 Greetings! Welcome to another edition of The Sunday Headlines where we bring you an update of the past week and give you a forecast of the upcoming week. As always, this post links up with The Sunday Post hosted by Caffeinated Book Reviewer and It's Monday! What are you reading? hosted by Book Date. Remember to give these lovely ladies a visit and add your linky!

Greetings! No, I'm not here to talk politics today. I'm just here for the books and free coffee and cake. But I simply had to share this joke. Should you by any chance be interested, you are welcome to read more about the Friday March against Zuma @ News24. Let's talk books!

Thursday Quotables #6 - The Signature of All Things

Since its release date in 2013, The Signature of all things by Elizabeth Gilbert has been on my TBR list. I remember the day I bought it at a book sale last year. I. was. just. soooo. happy!!!!!!!

But I didn't immediately start reading it. I first had to pack it up and unpack it again and a whole lot of other things happened as well. And somewhere along the line, the excitement was left behind. Finally started reading it yesterday afternoon and hooray! - it all came floating back. I just love it!

I can already relate with so many aspects in this story. Especially Alma's mother and her very strict Dutch and Dutch Reformed Church background. I come from a very similar background and find the following roll-on-the-floor-hysterically funny. Just DON'T let anybody see you.....
Read more »
at April 06, 2017 6 comments:

Exactly one year ago, I've decided to follow my husband's advice and start my own book blog. I guess that means I should have had at least 300 or so posts on my blog. Right? Uhhhhmmmm, nope. My blog is like my marriage - absence makes the heart grow fonder. If I see my husband for 7 consecutive days, it's normally a holiday. You also don't very often see me posting for 7 consecutive days. It's not quite the same? Oh, okay. Will really try my best to do better in the next year. But it truly is a good recipe for my marriage....

After a year of sailing around the Blogosphere, I've learned a number of things. Mostly I've learned that you really, really need to be ridiculously bad at blogging to fail Book Blogging 101. So instead of a anniversary post, I've decided to share all the knowledge I've gathered during the past year on How to dismally fail at Book Blogging. Email ThisBlogThis!Share to TwitterShare to FacebookShare to Pinterest
Labels: MeThinks

My very first post on this blog was my April 2016 Library Card. Yes, exactly one year ago. Nope, this is not a celebration post. It's just a reflection of what can happen in a year's time. It's not always good. There isn't always growth. Sometimes you get stuck, or even worse - deteriorate. That's when you need to re-trace your steps. 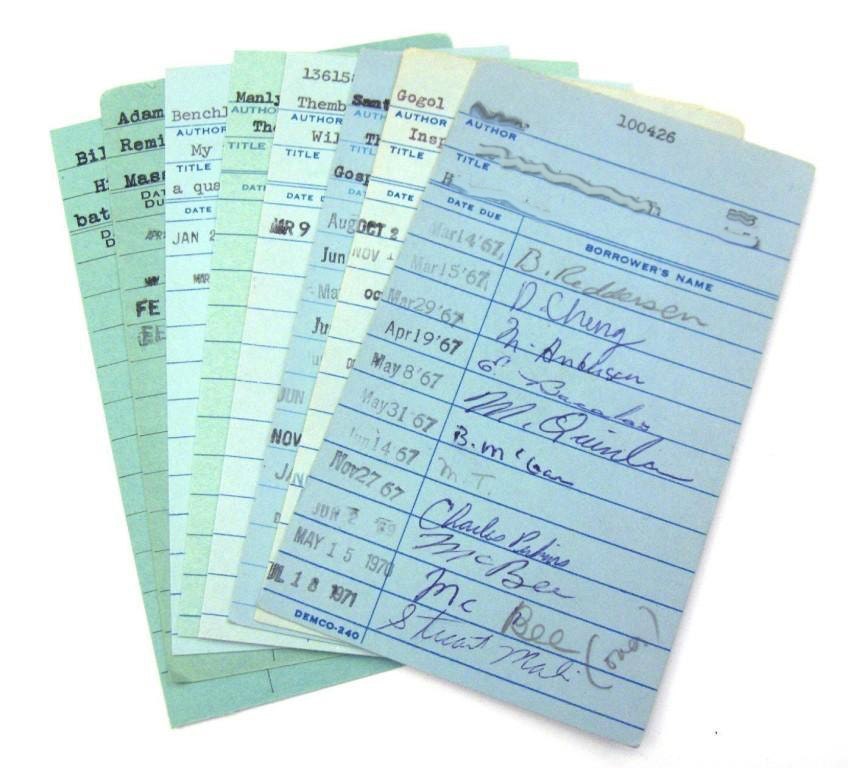 Elza Reads
Hi there! I'm Elza. My mommy needed to let go of a couple of things (hence my name) and adopted me from a shelter in November 2019. Ever since then, I basically control her by looking cute and being cuddling. I spend my time reading with her and pestering the rest of the household which consists of Daddy (who I love most), two Labradors and three other felines.