Anna and the King of Siam - Margaret Landon 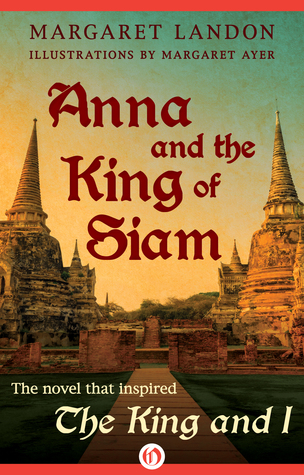 Title: Anna and the King of Siam
Author: Margaret Landon
Published by (ebook): Open Road Integrated Media
Publication date (ebook): 23 August 2016 (first published in 1944)
Genre: Literary/Historical Fiction
Pages: 395
ISBN:  9781504038553
Description: In the early 1860's, Anna Leonowens, a widow with two young children, was invited to Siam (modern day Thailand) by King Mongkut who wanted her to teach his children and wives the English language and introduce them to British customs. Inspired by two memoirs written by Mrs Leonowens, Margaret Landon took the first person narratives and enhanced them with details about the Siamese people and their culture from other sources. The book has been translated into dozens of languages and has inspired at least six adaptations into various dramatic mediums. Now, for the first time, it is also available on electronic format.
Mareli's rating: 4 stars
Recommend to: Readers of historical fiction and memoirs and those who love Rodgers and Hammerstein's hit musical - The King and I 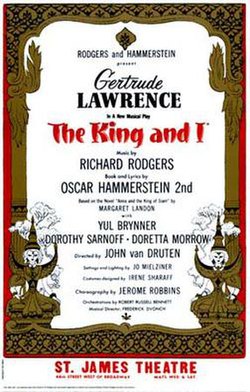 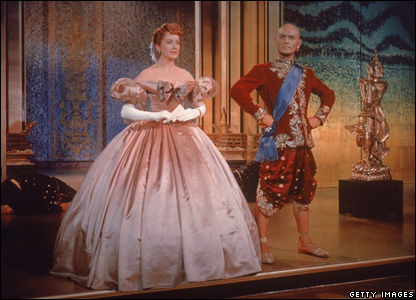 I've received an electronic copy of Anna and the King of Siam from Netgalley and Open Road Integrated Media in exchange for a fair and honest review.

When I first saw that there is a copy up for review on Netgalley, I requested one immediately. I remember the 1956 movie adaptation of The King and I so well as a child. I was fortunate enough to grow up in a house where we had VCR cassettes of all the hit musicals. My first introduction of rap music came from The Sound of Music. Really, no jokes here. After rewinding the video cassette for at least 60 times, the opening song sounded something like this:

The the the - hills are a-a-a-live-e-e with with with the the, sooooooound of of mu-mu-sic.

Nope, not trying to be funny here. That's the honest truth. Certain musicals we've watched over and over. But when we gave my mother the choice of musical to watch, so always picked The King and I. Honest truth again - I hated it. So when the review copy came up, I thought, let me at least give the background story a fair change. In a nutshell:


"If you only believe in what you see - why do you need school?" - King Mongkut


In 1862, recently widowed British schoolteacher Anna Leonowens agrees to serve as governess to the children of King Mongkut of Siam. Unaware that her years in the royal palace will change not only her own life, but also the future of a nation. 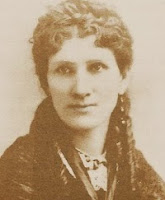 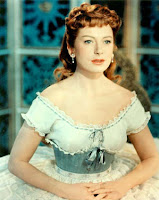 Anna's relationship with King Mongkut is complicated from the start (he did promise her a house of her own). As governess, Anna often finds herself at cross-purposes, marveling at the foreign customs, fascinating people and striking landscape of the kingdom and its harems, while simultaneously trying to influence her pupils with her Western ideals and values. Especially young Prince Chulalongkorn. When the young prince became king, Anna's influence has lead Chulalongkorn to abolish slavery in Siam and introduce democratic reform based on the ideas of freedom and human dignity as first learned from his beloved tutor.

Anna also assisted King Mongkut to communicate with foreign governments. One actual historical event portrayed in this novel, was King Mongkut's written offer of several pairs of elephants to President Buchanan of the United States. According to King Mongkut, the elephants would be useful in the unsettled parts of the United States. President Buchanan's successor, Abraham Lincoln, responded to the extraordinary offer. In a letter dated February 3, 1862 - he graciously accepted the sword and photograph from the King, but politely declined the elephants.

This brilliant novel combines in-depth research with richly imagined details to create a lush portrait of 1860 Siam. Margaret Landon drew her research from Siamese court records and Anna Leonowens' own writing, the two memoirs, The English Governess at the Siamese Court (1870) and Romance of the Harem (1872).

Anna and the King of Siam has enchanted millions over the years. It's an historical tale of cultural differences that invites readers into an ancient, but vivid world told through the eyes and real-life experiences of unforgettable characters.

Did the actual events and novel based on one woman's journey to the exotic world of nineteenth-century Siam changed my childhood opinion of The King and I?

Yes, it most definitely did. I've watched this wonderful musical on Saturday night without throwing a tantrum or constantly trying to distract my mother. In fact, I wished she could have been there to enjoy it with me one last time. 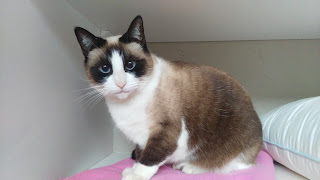