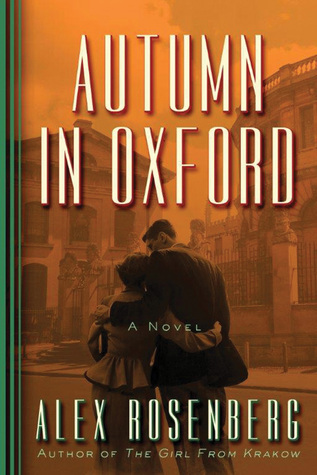 
This novel had more twists and kinks than a South African "koeksister". I know all the ingredients and the method to make a koeksister, but I have very limited knowledge into what made Autumn in Oxford. The limited knowledge only derives from the bits and pieces we were fed regarding the Cold War in history class. Take note that those bits hardly make up one koeksister.

This novel was not bad at all, I just lacked the knowledge and the sentiment to appreciate its full potential.

To quote Michael Bully on Goodreads:" The FBI, CIA, British intelligence, FBI, the wars that Finland was embroiled in from 1940- 1945, the Nazi-Soviet Pact, the execution of Julius and Ethel Rosenberg, racism and antisemitism in the USA, Mccarthyism, police enthusiasm for a quick conviction, Cambridge Spies,Michael Foot, all feature. There is sharp political comment at times concerning the history of the American Communist Party, the ill treatment of Black soldiers in the US army in World War 2, claims that Ethel Rosenberg was deliberately framed and sent to the electric chair in 1953, how 'Doctor Zhivago' 's publication fitted into the Cold War. "

Now this guy knows what's going on here. I only recognize Doctor Zhivago and I can't even really tell you why.

I'm trying to browse through my reading history to see if I've read any spy novels. Apparently, this was the first one. Yes, I do know who James Bond was/is and I actually watched a couple of the movies with my husband (kind of). No, Tom Wrought is not like James Bond. Except perhaps for the steaming affair he's got going with a gorgeous and very bright lady. Her husband gets killed fairly early in the novel, so one shouldn't ponder to much on the fact that she was married. What you should rather ponder on is the fact that if she wasn't married, there wouldn't have been much of a story here. Come to think of it, one can almost say that her marriage licence provided the licence to kill. Yes, Tom is presumed to be the culprit. But did he do it?

All the pretty ladies shared that sentiment. Liz (the gorgeous not-grieving-at-all widow) hires a solicitor, Alice Silverstone, who harbor a secret of her own. Together they start to unravel Tom's past. Both of them are convinced that he is framed and they frantically search for all the puzzle pieces. Gathering those didn't proof to be half as difficult as getting all the pieces to fit together. As a matter of fact, I'm still a bit confused. The author's Notes at the end of the novel was insightful and I do believe it's time to sit down for a few history lessons. It might be advisable to read Mr Rosenberg's notes and google a few facts and characters before you start reading the actual story. It was a good story, but my lack of knowledge did hinder my reading progress and pleasure.

(I received a copy of this novel from Netgalley)