When God was rabbit - Sarah Winman 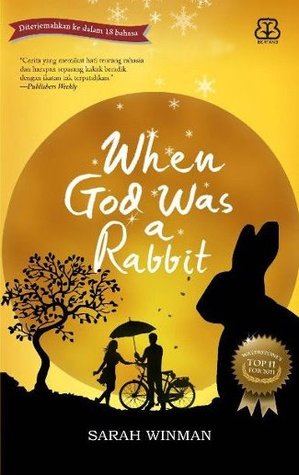 A review in quotes

" I wrote about what I'd lost that morning. The witness of my soul, my shadow in childhood, when dreams were small and attainable for all. When sweets were a           penny and God was a rabbit. "

When God was a rabbit is a purely fictional account of the life of Eleanor Maud Portman between her birth in 1968 up to the events of 9/11 and beyond. To quote Sarah Winman herself: "Although not autobiographical, I wanted this book to have the feel of a memoir, textured by real moments and real places of my childhood. It is narrated by Elly, who we meet in 1968 at the point of her birth, and who we follow through the confusion, joy and magic of childhood, where secrets are cast and rabbits speak."


To give an outline of the story would thus be rather difficult. This reads like a memoir - every day, every event, is a story. This is a book about family, friendship, triumph and tragedy and everything in between. This is a book about life. And we all have that story to tell. We all think our families are dysfunctional. We all think our friends are weird (maybe they don't all smell like chips, but I can think of at least one that does). We all think somebody's hair is unruly. But maybe we can't all tell it quite like this.

Sarah Winman knows the magic of words. Her words paint pictures and plays your emotions like a fiddle. There's nothing particularly interesting about the story. It is almost like a coloring book. The outlines are there and rather simple. But the way she colors this story with the most magical word-crayons, brings it to life and the result is something extraordinary.


"I packed my box of knick-knacks of very little worth but of surprising memory."


"Soon those fallen trunks became, planks, and the shelves our books leant upon, the table that held our fractious discussions, and the jetty that moored the surprise boat we were presented with that first Christmas."


" Nothings stays forgotten for long Elly. Sometimes we simply have to remind the world that we're special and that we're still here."


"Memories, no matter how small or inconsequential, are the pages that define us"


All the characters in this story were like people you meet in real life and then you walk a few miles with them. And then there were Arthur and Ginger - the bigger than life characters. We all know one or two of them. Those people who are prime colors. Everybody else is a mixture of them. You can't make them, or change them, they are what they are. 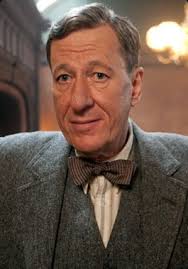 I don't usually 'type cast' characters when I read. I have a vivid imagination and most characters are strictly fictional in my mind. But I kept on picturing Arthur as Geoffrey Rush and Ginger as Debbie Reynolds.


Arthur - "He belonged to another time, a more genteel one; and yet he graced the modern with a simple inquisitiveness and charm that kept me spellbound for days."

Ginger -  "I told them stories about Ginger; this woman who'd shared champagne with Garland and a secret with Warhol. I showed them old photographs because I wanted them to know this woman; this woman beyond the name and number and date of birth that was wrapped around her wrist."

This is a book that I will recommend to everyone who likes a book for more than just the story that is being told. I know that I will remember it for a long time to come.


"He uncovered in us a curious need: that we each secretly wanted him to remember us the most. It was strange, both vital and flawed, until I realized that maybe the need to be remembered is stronger than the need to remember."