The Companionship of Harold Fry and Queenie Hennessy

The Unlikely Pilgrimage of Harold Fry 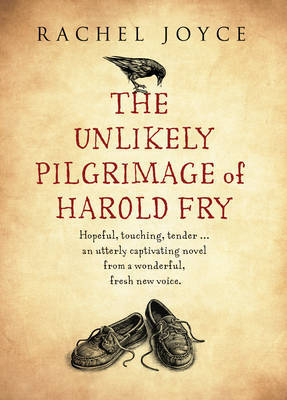 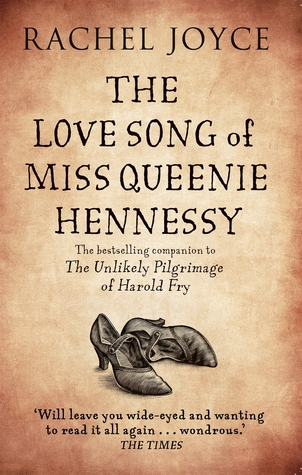 We were a tall,married man who was kind
and a short, single woman who loved him.
It was better to eat sweets and sing backwards
than risk unbalancing the small thing we had.

"This may come to you as some surprise. I know it is a long time since we last met, but recently I have been thinking a lot a about the past. Last year I had an operation on a tumour, but the cancer has spread and there is nothing left to be done. I am at peace and comfortable but I would like to thank you for the friendship you showed me all those years ago. Please send my regards to your wife. I still think of David with fondness.

With my best wishes"

And so, with the pink letter, their journey ends. And once again, begins.


Harold's Pilgrimage
Recently retired Harold Fry, receives a letter from his old friend, Queenie Hennessy, who he hasn't heard from in twenty years. She has written to say she is in hospice and wanted to say goodbye. Leaving his tense, bitter wife Maureen to her chores, Harold intends a quick walk to the corner mailbox to post his reply. Inspired by a chance encounter, he changes his mind and decides to deliver his message in person to Queenie. He is convinced that as long as he keeps walking in his yachting shoes, Queenie will not die.


He was no more than a body that housed a walk.


Over 600 miles away, Queenie is dying in hospice.

Queenie's Journey
Queenie thought her letter would be the end of the story. She was wrong, it was just the beginning. When Queenie discovers Harold Fry is walking across England in the hope of saving her, she is shocked. How can she wait? She explained to him that she's dying. A volunteer at the hospice suggest that Queenie should write again - only this time, she must tell Harold everything.


The Unlikely Pilgrimage of Harold Fry was Rachel Joyce's first novel and was published in 2012. The Love Song of Miss Queenie Hennessy was published in October 2014. These books are thus listed as Harold Fry #1 and Harold Fry #2.  But this is not a book and its sequel, these two books are companions. To quote the author, Rachel Joyce: "What I have written is a book that sits alongside Harold Fry. They really should come that way - her in the passenger seat, him in the driving seat".

As Harold walks across England, he meets a number of strangers who stir up memories, flashbacks - often painful - from when his marriage to Maureen was filled with promise and then not, of his inadequacy as a father and of his shortcomings as a husband.

He understood that in walking to atone for the mistakes he had made, it was also his journey to accept the strangeness of others.

As Queenie Hennessy is writing her letter, we soon realize that her point of view on Harold is completely different. She loves him from afar and promises herself not to get involved in his life. Do not unbalance the small thing we have. But fate in the form of David, Harold's wayward son, intervenes. A strange attachment grows between Queenie and David. Being an old Cambridge student herself, she borrows David some books. In return, he steals from her and he manages to increase the heartache she already has to endure. But she loved him still.


Sometimes you can love something not because you instinctively connect with it, but because another person does and keeping their things in your heart take you back to them.


During certain parts of both these novels, the story becomes more than Harold's walk and Queenie's letter. This is also about the people Harold meets on the journey and how they all experience life very differently when you walk through it. It's also about Queenie's fellow hospice patients who become her friends and the nuns who lovingly cares for them, especially Sister Mary who types out Miss Queenie's letters.

The last chapter and epilogue of The Love Song of Miss Queenie Hennessy brought a twist in this remarkable journey of Harold Fry and Queenie Hennessy that left me sobbing until I couldn't see out of my eyes. It will stay with me for many years to come. It also made me realize the importance of remembering that what made you love and laugh in the first place. Even if nobody else knows or remember - it is important that you do.

Both these novels received a solid 5 star rating from me.

Note: I will highly recommend to read these books simultaneously. If I could go back and read them like that, I most definitely would.